A VARIETY OF UPCOMING SPORTS AND MARKETING OPPORTUNITES 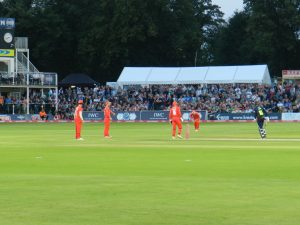 “My clients and myself had a fantastic time at the Super League Final, the food was great, the guest speakers were excellent and the overall experience was brilliant.Thank you for what turned out to be a very successful afternoon.”

CLUBS/COMPETITIONS/FEDERATIONS WE HAVE AND ARE CURRENTLY WORKING WITH INCLUDE;

“We asked ESM if they could arrange 5 VIP for us at the Scotland v England 6 Nations match which they did on the condidition that we did not mind sharing the table with 5 other guests on the day. I ended up sitting next to Daniel Craig (007) and his friends amazing:)”

The Canadian Football League (CFL) is the major professional sports league in Canada. The CFL is the highest level of competition in Canadian football, a form of gridiron football closely related to American football. Its nine current teams, which are located in nine separate cities, are divided into two divisions: the East Division, with four teams, and the West Division with five teams. As of 2014, the league will feature a 20-week regular season, which traditionally runs from late June to early November; each team plays 18 games with at least two bye weeks. Following the regular season, six teams compete in the league’s three-week divisional playoffs, which culminate in the late-November Grey Cup championship final the country’s largest annual sports and television event for the worlds oldest sporting trophy.

ESM have LED TV Signs 100m available for most TV matches clubs include:

For further information on our marketing opportunities, get in touch using the form below.